The Most Common Questions Regarding Flash-Based Storage

What Are the Benefits of Flash-Based Storage? Some of the clearest advantages of flash-based storage are low latency and high performance. Realistically, we can’t use millions of input/output operations per second (IOPS) in all applications. However, the performance, power consumption, cooling, and other capabilities of flash-based storage allow enterprises to design their data centers more… 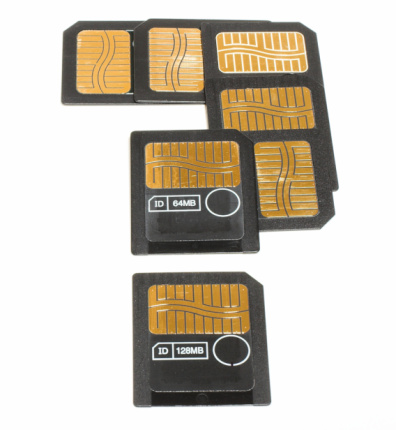 What Are the Benefits of Flash-Based Storage?

Some of the clearest advantages of flash-based storage are low latency and high performance. Realistically, we can’t use millions of input/output operations per second (IOPS) in all applications. However, the performance, power consumption, cooling, and other capabilities of flash-based storage allow enterprises to design their data centers more efficiently; while focusing on keeping the right data available and useful for them.

When an organization considers the capabilities of flash with a comprehensive software-defined storage platform, they begin to realize the elasticity, performance and other various benefits of the most efficient cloud data centers in the world.

What Are the Most Popular Applications for Flash-Based Storage?

Flash-based storage is very quick and applicable for most applications, thanks to its low latency. However, flash can be expensive and cost prohibitive for applications requiring large datasets. Typically, it’s used for mission-critical applications, including database and as part of virtual desktop infrastructure (VDI) or application virtualization and consolidation deployments, because the cost can be spread out across multiple virtual machines.

What Limits the Use of Flash-Based Storage?

The biggest limitation is cost, with flash-based storage being extremely expensive compared to traditional spinning storage. In some read and write patterns, there are performance limitations and lower life expectancy of flash devices. However, newer generation flash has started to address both of these limitations.

In addition, legacy storage vendors have embedded a large amount of storage management capability and basic data management capability in RAID (redundant array of independent disks) controllers, however, they’re not suitable for flash and show a single point of failure. Flash, similar to hard drives, is a medium and not a complete system.

A change in the way we fundamentally view storage is required. Many of us compare legacy and flash, which shouldn’t be done because they’re completely different. With the right combination of software and flash, any and all capability and efficiency can easily be achieved.

What Are the Most Common Areas of Use for Flash-Based Storage?

Database is easily the most common application area for flash in the enterprise, as databases require high speed. While many people deploy all flash arrays, some use server-side PCI flash for acceleration in front of legacy arrays. For some organizations, the latter option works because it allows them to avoid the issue of server-side storage becoming a single point of failure.

It also reduces some of the cost by allowing the organization to use their legacy storage. However, this option isn’t efficient because it’s very complex and doubles both operating and capital expenses.

Flash is also commonly used in Web2.0 applications in the cloud. Cloud providers are able to spread the cost of flash across many customers, as well as deliver better services for both hosted solutions and applications as a service.

What Are the Most Common Misconceptions Regarding Flash-Based Storage?

Often, organizations believe that they won’t receive the same storage and data management capability or service-level capability form flash-based products. However, you can achieve that and a lot more with the right combination of software and flash. Organizations also worry about the hardware and management cost, which can be avoided by choosing your technology wisely.