How to Take Screenshots on Windows 10 and Windows 11 PCs

A screenshot, also known as a screengrab or a screen capture, is a digital snapshot of your computer screen.

Communication is a critical piece to a productive and successful workplace. Still, better communication does not always mean more words need to be used. To be more productive in today’s digital workforce, tech-savvy employees are aware that screenshots can be more effective than long, drawn-out emails.

A screenshot, also known as a screengrab or a screen capture, is a digital snapshot of your computer screen. You can capture an image in a matter of seconds and it’s perfect for showing co-workers, clients, partners, or managers an image, research, or a fresh idea you have concocted. There are many other great reasons why you would want to take a screenshot in Windows 11 or Windows 10. Windows 10 and Windows 11’s built-in screenshot controls are easy to use, but they aren’t obvious to everyone. 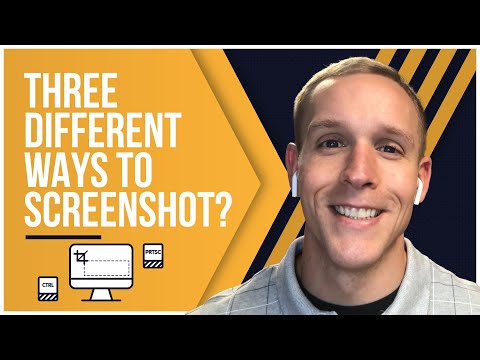 The old screenshot technique still exists in Windows 11 and Windows 10. Hit the PrtScn key and your screens in a multi-monitor setup will be copied to the clipboard. Once you have captured the screenshot of your monitors, you can paste it into Paint or any image application that allows you to paste in an image.

Dual monitors are often used to extend one’s field of view for multitasking, enhancing productivity, and expanding the real estate of a desktop. In many cases, having more than one monitor is better than increasing a Windows device’s screen resolution. While using multiple displays on a Windows PC makes plenty of sense, some users have encountered some issues with the setup. Taking screenshots is one of those issues that users encounter with this dual monitor setup. To take a screenshot of one monitor when you are using an extra external display, take the following steps:

Windows 10 and Windows 11 both have built-in free screen capture tools that allow you to capture screenshots. You can use the Win + Shift + S keyboard shortcut to use the snipping toolbar. The screen will be covered with an overlay and the mouse cursor will become a plus symbol. This plus symbol indicates that the capture mode has been enabled.

This tool will capture the selected screen area, a window, or the full screen to the clipboard. It also saves the screenshot file to a temporary folder. If you do not want to use the snipping tool, but you want to paste the captured image into another application (such as Word, PowerPoint, Photoshop, or Paint), you can do so and save the image in your preferred format. To do this, open the image editor of your choice and paste (Ctrl+V) the image from the clipboard.

Screenshots Can Improve Productivity and Efficiency

Screenshots have become one of the best nonparallel communication tools because it allows you to easily and quickly capture an entire picture. By utilizing screenshots and other images, you can communicate various pieces of information without needing to be in the same room or on the phone with another person. If you are communicating or collaborating with a remote team, this means information can be shared as soon as the team members discover a screenshot has been shared. Screenshot sharing can be a major productivity enhancer when team members share information.

If you are responsible for managing a team or managing an upcoming project, screenshots can make these tasks easier and faster. Having people take screenshots of the work they have completed or using screenshots to provide updates on the project can easily lead you in the right direction when it comes to answering questions, solving problems, or offering assistance, and acknowledging the work that has been completed so far.

Clear screenshots of tasks, data, and times the tasks were completed, or screenshots indicating assistance is needed will allow you to determine where you should redirect your management. When you ask for specific screenshots from team members, they will know how their performance is being evaluated. Screenshots can help keep team members on task or assist them when they ask for help.

Another great management benefit of using screenshots is the amount of paperwork that it can reduce. More screenshots can also mean a reduction in meetings and conference calls. Screenshots will allow you to receive instant and direct updates of someone else’s desktop, instead of logging in yourself. A simple email with an update and screenshots can reduce in-person meetings where everyone discusses what tasks they have been working on.

You no longer have to concern yourself with paperwork or going through everything in real-time, on a daily basis. When you are given images of what team members are working on, this will make it easier for you to determine what is working, what needs to be fixed, and if there are any areas where someone is not following your workplace’s best practices.

You already know how powerful images can be for sharing and learning. Now, with these screenshot tips and tricks, it’s easier to capture the images you need. If you are interested in more screenshot tips and tricks that can improve productivity and lead to a better work day, contact Colorado Computer Support today. Don’t forget to check out our videos for more useful tips.