Mac users of Microsoft Office 2011 may be in for a nasty shock after upgrading to High Sierra, as Microsoft has announced that it’s no longer supported.  Even Office 2016 users may encounter difficulties. 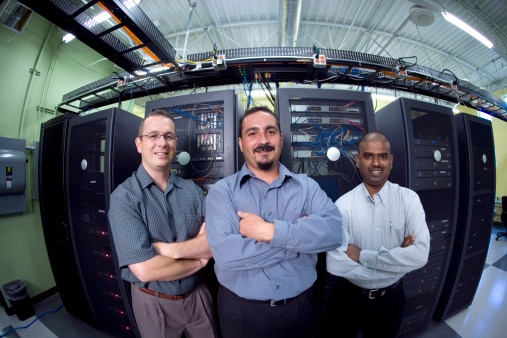 It may be no surprise that when you Google “MS Office for Mac”, that the majority of the results returned are alternatives to the popular office productivity software.  The Mac to MS Office relationship has been rocky at best, which started decades ago with the competitive relationship between Steve Jobs and Bill Gates in the 1970s.  While the early years may have been all about how Microsoft could support Apple’s vision, the current reality is quite different. While Apple now has the power to encourage users to move in different directions for their office productivity software, the prevalence of Microsoft Office and Excel dictates that many Mac users still require access to a version of the platforms for their OS.  This makes it particularly challenging when Microsoft decides to deprecate support for a particular version, as they are with Office 2011 for Mac for users who update to the new Mac OS 10.13, codenamed High Sierra.

Preparing Your Mac for an OS Upgrade

The recently-released High Sierra OS has been in beta testing for several months now, giving users plenty of time to preview the new functionality.  The majority of Macs that are newer than 2010 are fully compatible with the new OS, making the free upgrade very attractive to users. However, there are still a few steps you’ll want to take before you make the jump, including:

If you’re already test-driving a beta version of High Sierra in a partition or otherwise, downloading the update is a snap.  If there are files behind your partition, you’ll want to transition those back to your core before removing the partition, too.  Many users prefer to run a clean version of a new operating system and install from scratch, while others simply run the upgrade and hope for the best.  The popularity of cloud-based software and storage solutions makes this decision easier than ever — a clean install clears out any lingering after effects from previous software.

If you’ve purchased a perpetual license version of Microsoft Office for Mac in the past, it may be time for an upgrade.  While these perpetual licenses are technically yours to use “forever”, there is a functional lifespan for each release.  With the Microsoft team dropping support for Office 2011, you do have several options for office productivity software such as upgrading to Office 365, moving to a new perpetual license version of Office 2016 or migrating to a new productivity platform completely.  Making a shift can be a jarring transition, as users get used to keyboard shortcuts and the ability to collaborate with other Office users.  Not only is Microsoft ending support for Office 2011 for Mac, the new macOS High Sierra will not support 32-bit apps like Office 2011 “without compromises”, as their developers say.  Taken together, these two facts mean it could be nearly impossible to run High Sierra with Office 2011 without significant problems — if it works at all.  While neither set of developers are saying that Office 2011 for Mac and High Sierra are completely incompatible, they are stating that users are on their own and completely unsupported if they choose to go in this direction.

While perhaps the simplest option for Office for Mac aficionados is to delay upgrading their OS to High Sierra, this is a short-term solution at best.  Anytime you avoid updates you’re opening your systems up to the potential for security vulnerabilities such as malware and ransomware.  If you do wish to continue using both your Mac and Microsoft Office, the upgrade options are relatively straightforward.  You can purchase a single-Mac perpetual license of Office 2016 for Mac for a reasonable one-time price, which will get you back up and running.  However, there are challenges with this setup as well, as the upcoming Office 2019 will be rolling out new functionality and will require you to make an upgrade again in less than 18 months.  Alternatively, you could begin a subscription with Office 365, which provides you with expanded access to productivity tools and even covers a tablet, phone and other devices for each individual subscription.  The low monthly rate for the cloud-based software may be attractive for many users and businesses.  Finally, you could take a different route entirely and decide to transfer to Apple’s iWork suite, Google Docs or Office Online — the completely free (but feature light) version of the most popular Office platforms.

Determining which version is right for your business needs can be challenging, so let the professionals at Colorado Computer Support work with your team to define the right solution.  Contact us today at (719) 355-2440 or via email to blake@coloradosupport.com for your free initial consultation.