If you’re an avid user of Microsoft Teams, every once in a while, someone uncovers a feature hidden in plain sight that makes you do a double-take.

If you’re an avid user of Microsoft Teams, every once in a while, someone uncovers a feature hidden in plain sight that makes you do a double-take. You may ask yourself, “How long has that been there?” Well, it’s happened again!

With a simple key command of Control + Shift + X, you get a miniature Microsoft Word document in Teams. In today’s ‘Tuesday Tech Tip’ video, Curtis Hyde, Sales and Marketing Director with Colorado Computer Support, spills the beans on this awesome reveal. 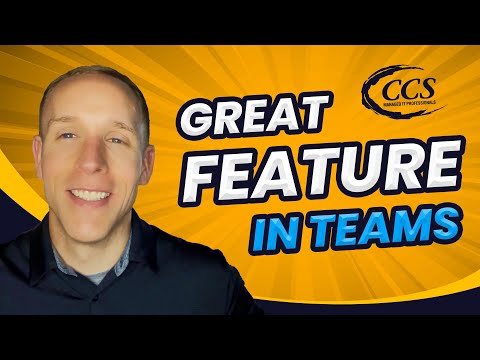 What Do Ctrl+Shift+X Commands Do In Teams?

The message composing box inside your Microsoft Teams app looks small and narrow. Almost like you’re texting someone from a phone.

To expand the box, all you have to do is tap inside that message area first. Then, on your keyboard, hold down the Control, Shift, and finally, the X keys and release.

Instantly, you’ve expanded your Team’s compose box, revealing a hidden ribbon toolbar similar to what you’ll find in Microsoft Word. The expanded compose box also resembles a miniature version of a Word document layout, allowing you to hit the ‘Enter’ key to go to the next line.

What’s On The Miniature Ribbon Toolbar?

Across the top of the ribbon, you will immediately see six sections, with 3-5 composition tool icons per section. Hover your mouse over any of those images. A pop-up box reveals what the tool is used for or does.

These are the following icons, from left to right, on your ribbon toolbar:

A quick note about the Trash Can icon: when you’re typing a message in its expanded form and want to delete it entirely, tap the Trash Can icon. Next, a pop-up message will ask, ‘Do you want to discard this draft?’ with the option to cancel or discard.

How To Close The Expanded Compose Box

Let’s assume you want to return the compose box to its original size and no longer need to use the expanded option. You have three ways to do that.

There’s one exception to the last option. Suppose text, wording, or content doesn’t get deleted from the expanded compose box view before exiting the app. Microsoft Teams saves it as a draft, so when you relaunch the app, you’ll see the box is still expanded.

Now that you have discovered the option to expand your composition box, we’re positive your messages in Teams will get an immediate facelift moving forward. As long-time users of Microsoft Teams, we get just as excited when we uncover another hidden feature we can share.