As recent events have shown, the Russian government has been increasingly involved in cyberattacks against the United States. In light of this, it is not surprising that Kaspersky, a Russian antivirus software company, has been caught up in the middle of these attacks. While Kaspersky denies any involvement in these attacks, there is some concern about their ties to the Russian government. 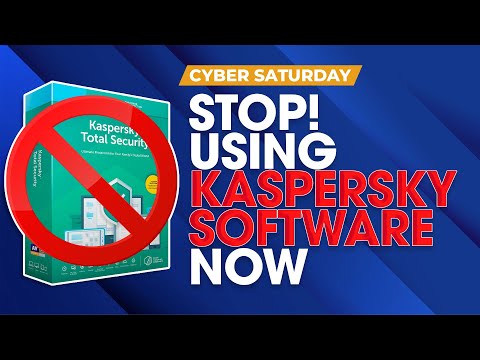 Today, we’ll take a look at the risks of using Kaspersky antivirus software and what you should do if you’re currently using it. For Kaspersky users, there is a serious risk involved with using the antivirus software. Not only is your antivirus software being used to attack other countries, but it is also possible that your personal data could be compromised as well. Kaspersky has access to a great deal of personal information, including banking information and passwords. If this information were to fall into the wrong hands, it could be used to wreak havoc.

So, should you uninstall Kaspersky? Here are some reasons why we recommend you should:

If you’re still using Kaspersky on your personal computer or devices, we recommend uninstalling it immediately. There are plenty of other great antivirus software options out there that don’t come with the same risks. Do your research and make sure you’re using a product that you can trust. Your cyber security is important to us and we want to make sure you’re as protected as possible.

Once you have uninstalled Kaspersky, you will need to find a replacement antivirus software. It’s best to uninstall any Kaspersky products you may have before installing a new antivirus program. This will help protect your computer from any potential cyberattacks. There are many great options available, so take some time to research which one is right for you. Be sure to choose an antivirus software that is reputable and has a good track record.

With so many options out there, it can be tough to know where to start. Here are a few things to keep in mind when choosing an antivirus software program:

If you’re running Kaspersky antivirus software on your computer, it’s time to uninstall it. Colorado Computer Support can help you remove Kaspersky from your computer and install a different antivirus program. Call us today at (719) 439-0599.