Technology Security Breaches Rose By Over 30% In 2013. 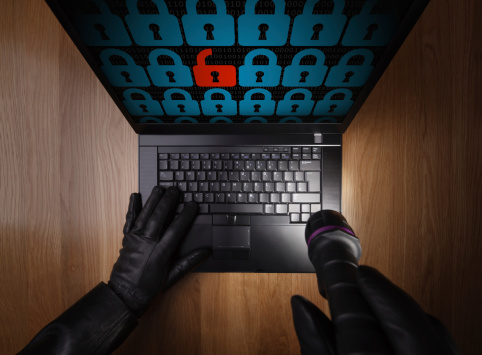 Did you know that there were 614 reported data breaches in the United States alone in 2013? That’s an average of 1.68 security breaches a day, and that’s only the reported numbers. The actual number is likely much higher factoring in the unreported incidents. Many businesses never even know that they’ve become the victims of cybercrime, and there are also those businesses that sweep such incidents under the rug.

Why would businesses elect not to report a security breach? Reputation. Data breaches are scary incidents to report, and many business owners worry about losing face with clients and associates. Faced with the potential to lose more business on top of whatever damage the breach itself caused, many businesses would rather just turn a blind eye and pretend it never happened.

Unfortunately that means it’s impossible to know just how widespread data theft actually is. Because so many incidents go unreported, many business owners think that their business will never become a target, and so yet more incidents happen and are swept aside. It’s a vicious cycle.

A recent study by the Identity Theft Resource Center shows that in 2013 there were 614 security breaches reported by companies across the country. That is an increase of over 30% from 2012. Healthcare in the US lead the charge with 43.8% of the security breaches, surpassing the general business sector at 34.4%. This is the first time this has occurred since 2005. What was the difference? The healthcare industry has mandatory reporting of breaches affecting 500 or more people.

Here are the numbers by industry of reported security breaches:

Concerned about the integrity of YOUR business computer network?

There is no doubt that the numbers of 2014 will surpass 2013 numbers as more and more hacking attempts target small to large businesses across the country. Who is exempt from securing their business network? No one. All businesses large and small are at risk, and you need to have a proper security solution and the necessary training in place to protect your business and the livelihood of all your staff.

Still don’t think a hacker will strike your business? At this point, it’s becoming a question not of IF you will have a security breach, but WHEN. Do you trust everyone in your company? Do you use consumer-grade cloud solutions? Who has access to files on your network?

If you’re unsure of the security of your company, it’s time to turn to the experts to help. Colorado Computer Support is here to make sure you have the right technology security solution in place. We know how cybercriminals work, and we’ll analyze your business the same way a hacker would: looking for weaknesses that can be exploited. The difference here is that it’s our job to patch those holes, not take advantage of them.

Book your complimentary technology security review with us today. We can be reached at (719) 355-2440 or by email at blake@coloradosupport.com. Call us, and we will commit our time to make sure your business doesn’t become another statistic.