Is Your IT Guy Talking To You About Tax Savings?

Section 179 of The IRS Tax Code

Act Now Before The End of the Year To Quality For a Special Deduction on Computers & Software! 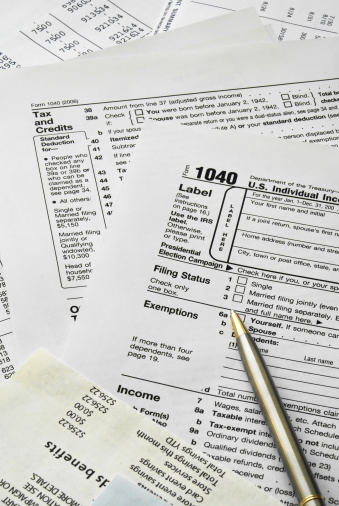 Did you know that? — Section 179 of the IRS tax code permits you to claim a full deduction of the price you pay for new or used computer equipment and off-the-shelf software* you purchase during the 2013 tax year? Whether you buy or even lease computer equipment and software you can deduct the entire purchase price from your gross income. The U.S. government implemented this initiative to encourage small-to medium-sized businesses to buy equipment and invest in their futures.

How it Works:
This is different than a depreciation that you normally take on equipment.  When you purchase computer (and other) equipment and off-the-shelf software* during the 2013 tax year, totaling less than $500,000 you can write off the entire amount on your 2013 tax return.  The government is hoping this will incentivize small businesses to purchase even more than $500,000 worth of equipment.  Plus, all businesses that purchase, finance, and/or lease less than $2,000,000 in new computer/software equipment during the 2013 tax year  should also qualify for a Section 179 Bonus Depreciation of 50%.

The maximum amount you can elect to deduct for section 179 computer and software equipment in 2013 is $500,000. It’s important to note that to qualify for the Section 179 Deduction, the equipment and/or software purchased or financed must be placed into service between January 1, 2013 and December 31, 2013. The computer equipment and/or software must be also used for business purposes more than 50% of the time to qualify.

This depreciation can also be taken by businesses that have net operating losses in 2013.

If you didn’t make a profit  in 2013, and you have no taxable income to apply the deduction, you can take a 50% Bonus Depreciation and carry it forward to a year when you do show a profit.

Plus, off-the-shelf computer software acquired after December 31, 2007, and placed in service before January 1, 2014 is also eligible for the  50% Bonus Depreciation!

The deduction phases out on a dollar-per-dollar basis when more than $2,000,000 of equipment is purchased. So this plan really was intended for small-to medium-sized businesses. However, businesses that exceed the threshold of $2,000,000 can take a Bonus Depreciation of 50% on the amount that exceeds the limit.

Their thinking—If businesses can write off the entire amount of their computer and software expenditures, then they might consider purchasing even more this year, rather than waiting to do so over the next few years. The government believes that this will motivate businesses like yours, along with the American economy, to move in a positive direction.  It’s their way of “Paying It Forward.”

Taking advantage of Section 179 and/or Bonus Depreciation could be the most profitable decision you make in 2013.  For more information speak to your IT provider, tax advisor or visit: the IRS Page on Depreciation, Depletion, and Amortization for 2013.

* Off-the-shelf” computer software is defined as software that’s not custom designed, and is available to the general public.