Do You Know What Your IT Company Is Doing On Your Network?

Get hit with a virus and the following cleanup can be expensive, sometimes even expensive enough to put you out of business. 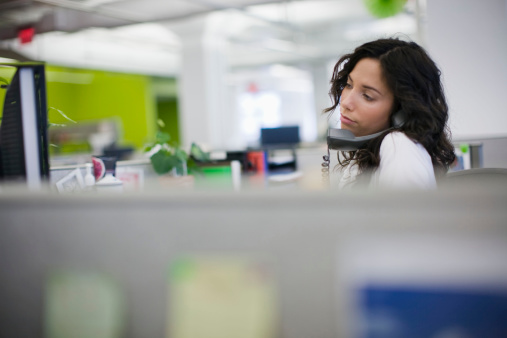 Expensive is a relative term, so allow us to get specific: if your network is infected with malware and data loss is involved, it’ll cost you an average of $150 per compromised file to recover. Thousands of files are compromised in most attacks, so you’re looking at final total that’s likely over $150,000. In the worst cases you’ll have to stick another comma on that total and take a $1,000,000+ hit.

Can you afford to cough up a million bucks right now?

Most organizations can’t… that’s why 55% of small to medium-sized businesses close within 6 months of a major online security breech.

You don’t understand that much about IT, so you hired an expert in the field to take over that aspect of your business and protect you from costly disaster.

The problem is that, since you’re not an expert, it’s hard to judge if the support you’ve invested in is actually doing their job right. Just because everything is fine now doesn’t mean everything will be fine in the near future… your network might be seriously neglected by your current IT solution, and it won’t show until it’s too late and you’ve already been attacked.

Here are a couple questions to ask your IT company to get a better idea of just what they’re actually doing on your network, and whether that’s enough to adequately protect your data:

Cybercrime doesn’t sleep. Most attacks are automated, so they’re as much a threat at 2 in the morning as they are at 2 in the afternoon. Even if an attack is manual, many cybercriminals are located overseas across many different time zones, so what are office hours to them might be the middle of the night to you.

For complete protection, you need an IT company that is able to provide 24/7 support.

How exactly are we able to monitor your network around the clock? Find out by giving us a call at (719) 355-2440 or sending an email to blake@coloradosupport.com.

The threat landscape is expanding. Over 300 million new pieces of malware were created in 2014 alone. Software distributers try their best to compensate for this rapidly evolving problem by constantly releasing updates and patches to fix any weak spots that have been recently discovered by cybercriminals.

One of the benefits of having your own IT solution is that you don’t have to worry about keeping up with all of the many patches that are released.

At least, you shouldn’t be. It should be your IT company’s responsibility to make sure all of your software is updated to protect your network from new and developing threats.

Colorado Computer Support knows how to secure your network. We will monitor your network 24/7, and we’ll keep your software up to date with all the latest patches.

Contact us at (719) 355-2440 or blake@coloradosupport.com for more information about our network security services.