Whatever Happened to Computer Viruses?

Viruses may have gone the way of dinosaurs, but attacks on computer systems are still very much in existence. Here’s what you need to know about malware.

Computer viruses have been around since the 1990s, and although the term is still frequently heard these days, the actual viruses themselves are largely relics of the past. Cyber threats however, are still very much a part of the modern picture and are often referred to simply as “viruses” because the word has become a catch-all for any type of security issue. The word became ingrained in the common narrative when it comes to all things technical, but what people are calling viruses today aren’t much like their counterparts of the past. 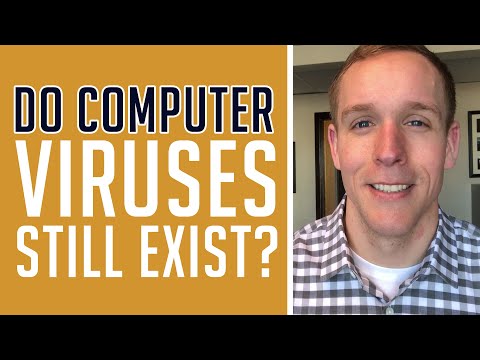 Computer viruses are programs that easily duplicate themselves using built-in self-replicating codes — in fact, those who created the first computer viruses were inspired by biological viruses that attacked a host and then proceeded to duplicate itself and move on to other hosts. Old-school viruses generally accessed computers via files users installed themselves — music files used to be common culprits when viruses were in their heyday. Many users never even knew they’d inadvertently installed a virus on their computer at the time because most of them remained dormant for a period of time before coming alive to wreak havoc.

Are Viruses Still Around

Strictly speaking, viruses no longer really exist. Original virus writers were mostly gunning for Microsoft, but innovations in security technology have pretty much rendered the old-school replicating code programs obsolete. Nonetheless, the word is still often heard in discussions of security issues. So what are they really talking about if they aren’t talking about viruses? And why are computer attacks still going on if viruses have reached dinosaur status?

So What’s Going On?

Chances are, they’re referencing Malware. Simply speaking, malware refers to software that’s designed for the purpose of accessing computers and causing disruptions and damage, often with the purpose of gaining access to sensitive financial information. It’s most commonly introduced via drive-by downloads that install themselves on your system automatically when you visit certain websites.

Malware comes in a variety of forms, shapes, and sizes, but the following are among the most common:

Please feel free to reach out to us for more information on computer security in Colorado Springs.