Antivirus Programs Are Great, BUT Double the Protection Equals Double the Confusion

Being forewarned affords you the opportunity to be forearmed. You’d have to be living under a rock not to realize that cybercrime is at an all-time high and that your business, like all businesses, is at risk.  It would seem a logical conclusion that if one antivirus program provides good protection, that doubling up on it would make your systems that much stronger and better prepared.  After all, won’t the second antivirus program function as a backup and “catch” any potential problems the first missed?

Being forewarned affords you the opportunity to be forearmed. You’d have to be living under a rock not to realize that cybercrime is at an all-time high and that your business, like all businesses, is at risk.  It would seem a logical conclusion that if one antivirus program provides good protection, that doubling up on it would make your systems that much stronger and better prepared.  After all, won’t the second antivirus program function as a backup and “catch” any potential problems the first missed? 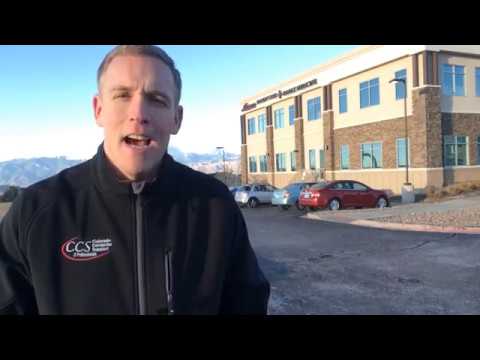 Unfortunately, that’s not how antivirus programs work.  With such powerful antivirus software solutions available on the market today, the right one is more than sufficient to meet all of your needs.  The key is to select an antivirus program that is both comprehensive and proactive to ensure that your systems are regularly monitored, assessed for risks, and that checks put in place to alert you when repair, patches, or upgrades are required. This is paramount to keeping your business properly safeguarded.

However, it isn’t JUST the fact that one quality antivirus solution provides better coverage than two.  When you opt to run two antivirus systems to handle the needs of your IT, you overtax your available systems and render the two antivirus programs less effective than they would be independent of each other.

Why use just one antivirus program to protect your critical data?

It’s difficult for some people to wrap our minds around, but it’s an unavoidable truth. When it comes to antivirus protection, two programs are not better than one.

There are many reasons why choosing one exceptional antivirus software solution is preferable to install two.

Your computer was designed to function at a specific speed that is optimal for high-quality performance. The more unnecessary programs that it is laden with, the slower your systems become.  This is exactly what happens when you choose to install two antivirus solutions.  Your productivity decreases due to computers that are now functioning at only a portion of their former processing speed.  This is troublesome on its own, but some business owners would feel the sacrifice is worth it for the added protection—except there is no added protection.  In fact, using two antivirus programs puts your business at even greater risk.

You’ve become used to your IT infrastructure, and you like it.  You’ve become familiar with the Cloud and Office 365.  The problem is when you install two powerful antivirus programs that are both hard at work to provide protection, the potential to overburden your systems is great.

What happens when this takes place?

Your systems cannot function as they were intended to, and you start to experience unusual behavior. This could include “frozen” web pages, extremely delayed loading times, programs shutting down altogether randomly and frequently, and perhaps worst of all—the spinning rainbow wheel of doom!

Many owners think they will overcome these problems simply by choosing two antivirus systems that are the best in their field and thus will avoid any of these problems.  Unfortunately, that is rarely the case.

Many of these powerhouse software solutions were not designed to run cooperatively with other similar programs.

What does this mean for you?

It means you may experience irredeemable conflict.  One will not pick up the slack for the other.  Instead, you will find two programs trying to achieve the same thing and accomplishing neither.

It only stands to reason that when you have to workhorse antivirus solution working in tandem that there is going to be an immense draw on the same resources.  Computer systems are not designed with sufficient bandwidth to properly equip each program. This is part of why you experience erratic computer behavior, slowed responses, reduced functionality, and program failures.   Your computer simply does not have the resources to power two different antivirus systems.  As a result, both suffer, and neither is able to do the job it is intended to do. This is unfortunate because either of them on their own possesses the capability to deliver all that you need.  Used concurrently, both are crippled. The best solution to combat this is to streamline your systems into one efficient package.

Even if the two antivirus programs you have chosen do work cooperatively together, the bottom line is you are paying twice as much money, but you are not receiving twice as much protection.  Since most antivirus programs are designed to do the same thing, you end up with redundancies…and lots of them.  Instead of one system shoring up the weaknesses of the other, you just end up with twice as much of what you already had but without the benefit of any added protection.  More of the same thing is just that…more.  It doesn’t do you any good.

The good news is if you’ve been using two antivirus programs, the solution is simple!  You’re going to save time and money by choosing the one that provides the most benefits to your business and shifting to that one. With the additional resources now available in your budget, you can afford to invest back into your own business.  After all, now that you’ve got the slickest antivirus protection available, you might find yourself in the market to “enrich” some of your other IT acquisitions to help improve your overall work processes and office efficiencies.

Perhaps this little bit of extra money opens up the possibility of looking into a managed IT services firm to give your technology a little overhaul.  After all, if you’re already at work on replacing your antivirus protection, why not take things a step further and enhance everything in one shot?  A professional IT firm can help drive your business forward by equipping you with the leading tools to get the job done well and in record time.

Among the services a top-tier IT firm can provide for you are:

For more information on how to improve your IT systems and security, check out some outstanding articles HERE.